On November 10 – 11, 2017, the Classical Liberal Institute hosted a conference on The Role of Religion in Free Society. Co-organized with Michael McConnell, Professor of Law at Stanford University, in addition to Senior Scholar in Residence at the CLI, we designed the conference for experts from various disciplines to discuss religious liberty in a free society. Within the context of religious liberty, we discussed the interaction between religious, economic, political and social institutions, and examined such questions as how the internal structure of religious organizations contributes to their relative success or failure, and how religious institutions, including churches, should interact with the larger political and social environment. The papers produced for this conference have since been published in the Journal of Markets and Morality Vol 21, No 1 (2018), and are available to journal subscribers below:

Robert T. Miller, “What Is a Compelling Governmental Interest?”

Richard A. Epstein, “The Nature of the Religious Firm” 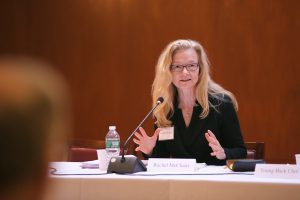